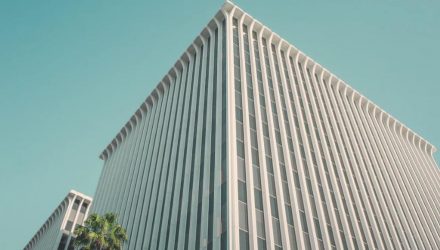 While the markets plunged and the CBOE Volatility Index spiked, some investors threw over a billion dollars into VIX-related exchange traded products, indicating a turn around and more complacent market outlook.

Since August 20, the VelocityShares Daily Inverse VIX Short-Term ETN (NYSEArca: XIV) has accumulated $1.1 billion in net inflows, according to ETF.com, growing almost seven fold in just two weeks to $1.28 billion in assets under management. Despite the market plunge and spike in the VIX during the selling on August 24, XIV still attracted about $345 million in inflows.

Additionally, over the past two weeks, the ProShares Short VIX Short-Term Futures ETF (NYSEArca: SVXY) brought in $540.3 million in net inflows and now has $599.9 million in assets under management.

The VIX is a widely observed indicator for investor sentiment in the stock market and measures the expected or implied volatility of large-cap stock options traded on the S&P 500 index. Exchange traded products that track VIX futures allow investors to profit during rising volatility or hedge against short-term turns.

The inverse VIX ETPs allow investors to capitalize on a falling VIX or play on a calmer market conditions.

In response to the recent market correction, the VIX jumped 82% to 51 on August 24, a level not reached since the financial crisis, reports Callie Bost for Bloomberg.