SPDR S&P 500 ETF (NYSEArca: SPY) also declined Monday after the weak ISM report. On Friday, the fund “found support just above its 200-day exponential moving average and also from the lower boundary of a countertrend channel,” said Coe, the technical analyst. “That range is likely a consolidation of the move off the June lows, a flag, and as such implies that now is a favorable entry point ahead of an imminent reassertion of the prior uptrend.”

However, a close Monday beneath Friday’s low would negate that hypothesis, he added. 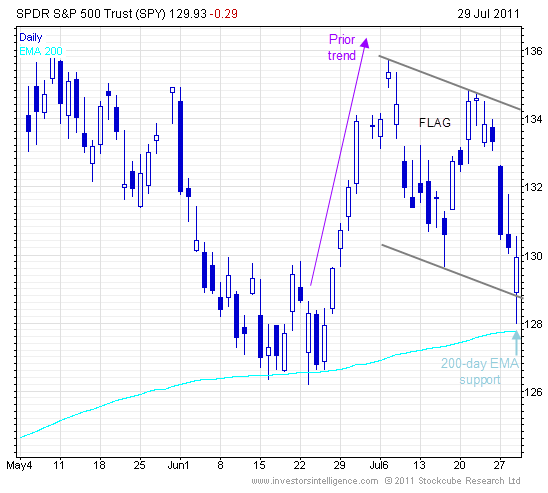