“If that occurs, conditions would be healthier as the bear trap would have shaken out weaker longs and sucked in shorts,” he said. “That setup would allow the primary uptrend to reassert in earnest.”

Signs the euro is firming have helped ETFs that invest in Europe and single countries such as iShares MSCI Austria (NYSEArca: EWO).

The Austria ETF “has found support across $21 a share, a level which has cushioned all breakdown attempts this year,” Coe write in a newsletter Wednesday. The fund has a yield over 2% and is “heavily weighted towards financials but the worse-case scenario for that sector looks to be priced in for the time being and consequently we feel the risk is now to the upside.” 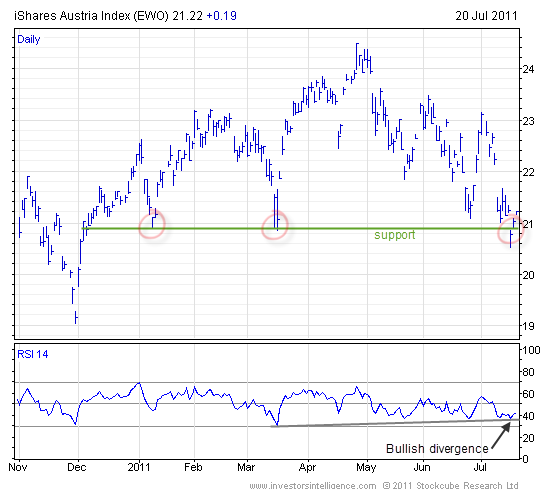