A jump in corporate deals combined with solid news about retail sales put some gas in the engine of exchange traded funds (ETFs), which are moving higher in early trade.

Meanwhile, U.S.-listed shares of Potash Corp. of Saskatchewan (NYSE: POT) dropped over 2% in early trading after miner BHP Billiton Ltd. (NYSE: BHP) said it will withdraw its $39 billion hostile offer. Potash will use the funds to buy back its own shares. PowerShares Global Agriculture (NYSEArca: PAGG) is down nearly 1% in early trading; Potash is 6.7%. [The Benefits of Owning Commodity ETFs.] 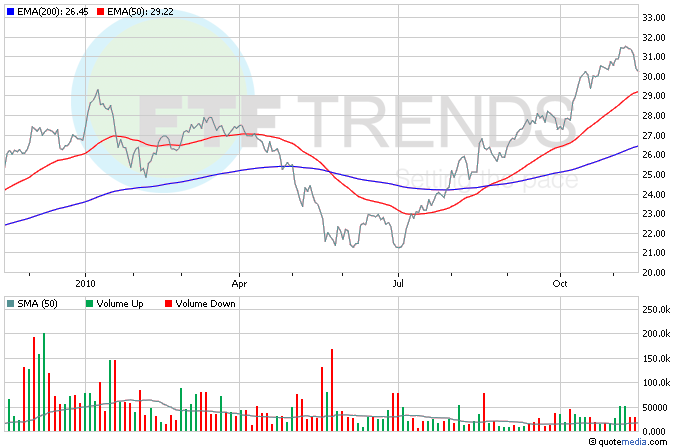 Lowe’s Cos. (NYSE: LOW) shares are trading up over 1% after the nation’s No. 2 home-improvement retail chain reported that sales increased 1.9% in the third quarter – which was still below analysts’ expectations. Retail HOLDRs (NYSEArca: RTH) is unmoved by the reports and is so far flat in trading; Lowe’s is 6.1%. [Retail ETFs Gear Up for Holidays.] 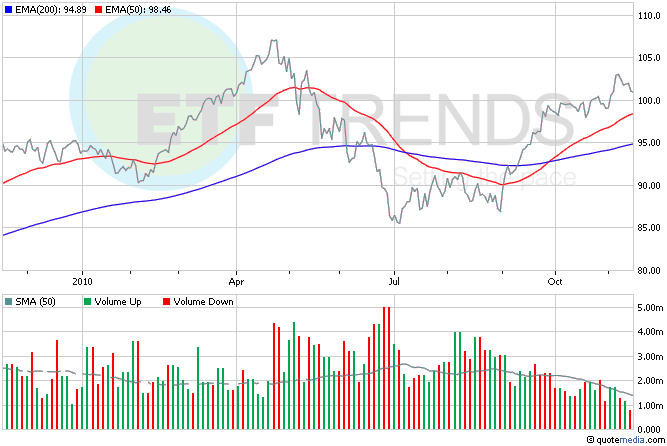 Investors are still eying Ireland and Greece. Over the weekend, media reports said that European Union government officials are pressuring Ireland to take a bailout in order to keep a lid on jittery bond markets, but Irish representatives responded by denying claims that Dublin needs a bailout. As for Greece, its 2009 deficit was revised up to 15.4% of gross domestic product from a previous estimate of 13.6%.  iShares MSCI Ireland (NYSEArca: EIRL) is flat so far today; last week, it lost more than 5%. [PIIGS Not Out of the Woods Yet.] 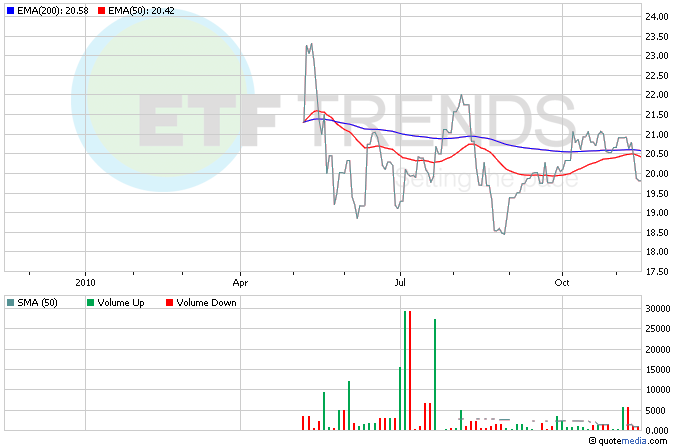