At a conference organized by the European Central Bank in Frankfurt, Federal Reserve Chairman Ben Bernanke indicated that China’s decision to undervalue its currency has hurt the global economic recovery. Bernanke suggested that China’s decision to undervalue the Yuan compared to other major currencies has complicated the global economic recovery. ProShares UltraShort FTSE/Xinhu ETF (NYSEArca: FXP ) is up nearly 3% in early trading. [Yuan ETFs Move Higher After Obama’s Rebuke.]

Irish officials insist that a rise in what is generally considered an ultra-low corporate-tax rate would be a deal breaker amid negotiations over a bailout plan designed to shore up the nation’s troubled banking system. It has been reported that French and German representatives are pressing Ireland to raise the tax rate in return for an aid package. Irish officials view the low tax rate as a key element of the nation’s economic strategy, helping it to attract foreign investors and overseas employers, but other European countries have complained that the rate is anti-competitive. iShares MSCI Ireland Investable Market Index ETF (NYSEArca: EIRL ) is up 1% today. [Ireland Could Bring Pain to Europe ETFs.] 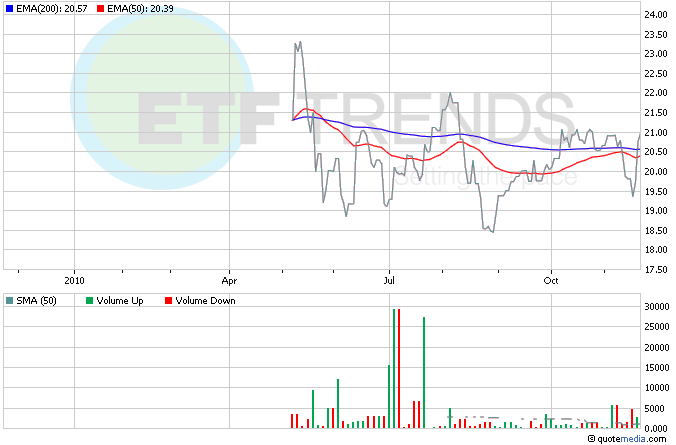 In corporate news, shares of Dell Inc. (NASDAQ: DELL) are on the move up more than 1% after the computer maker announced that its third-quarter profit more than doubled, and revenue surged to $15.4 billion from $12.9 billion. This bodes well for an already solidly-positioned technology sector. First Trust NASDAQ-100 Technology Sector (NASDAQ: QTEC) is up 0.4% so far today; Dell is 2.6%. [6 Reasons to Consider Tech ETFs.] 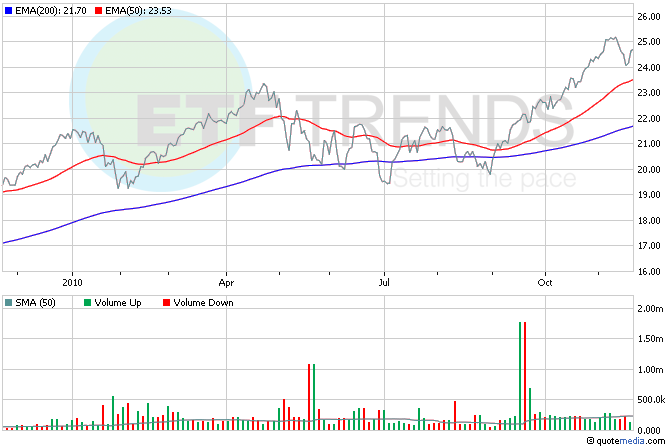