Economic expansion in the Taiwanese economy slowed slightly last month, and measures show that future economic growth may not be so hot, either. [Trade Agreement Agrees with Taiwan ETF.]

If this continues, warns one of the country’s officials, the economy could begin to shrink by the second quarter of 2011, reports CENS. [4 ETFs for Asia’s Growing Digital Market.]

Taiwan’s president, however, points out that the country’s economy expanded a healthy 13.1% in the first half of the year from a year earlier. The president also says that foreign investment in the country has surged since signing a trade deal with China, says Focus Taiwan.

Despite the slower growth in the country, iShares MSCI Taiwan (NYSEArca: EWT) has held up, gaining 3.3% last week. It’s up 12% in the last three months, as well. Part of the reason may be because Taiwan is not putting all its eggs in China; the country wants to open its doors to the world. 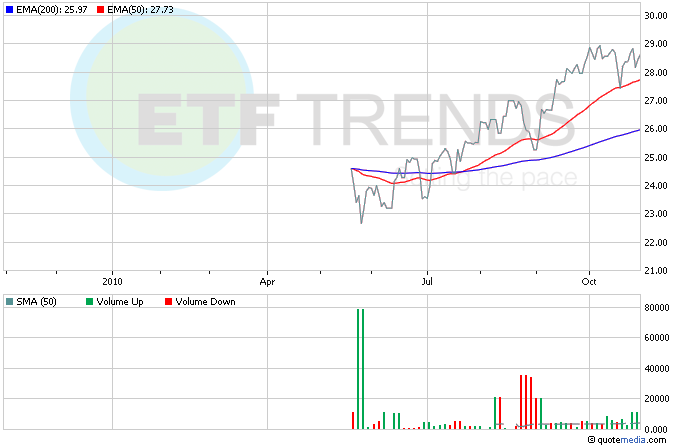