Exchange traded funds (ETFs) and the broader markets are trending higher in early trading as prices attempt to recover from yesterday’s pullback. Positive earnings reports from Boeing (NYSE: BA) and Morgan Stanley (NYSE: MS) helped contribute to gains. Adding juice to the market is the continued perception that the Federal Reserve will stimulate the economy with another round of quantitative easing.

Stocks had a huge September and early October, so Tuesday’s correction is said to be a normal “pause” in the current short-term bullish trend. Some analysts looking at banks mortgage foreclosure problems suggest that it will be an issue, though the resolutions might be in hundreds of millions of dollars versus billions of dollars in court litigation – this perception is helping to stabilize financial shares. Direxion Daily Real Estate Bull 3x ETF (NYSEArca: DRN) is up more than 5% so far today. [Homebuilders Wait on Recovery.]

Boeing shares (NYSE:BA) are up more than 2% in early morning trading after the aerospace giant reported a quarterly profit after losing money last year and raised its future outlook. PowerShares Aerospace & Defense (NYSEArca: PPA) is up more than 1% early; Boeing is 7.1% of the ETF. [Defense ETFs and Budget Cuts.] 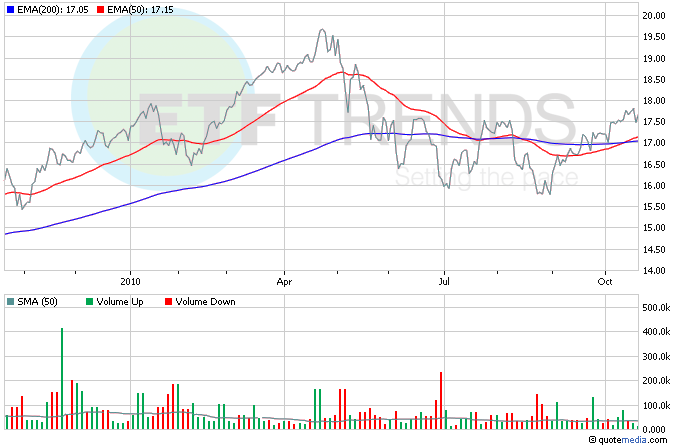 Also leading the markets higher are airline stocks. Guggenheim Airline (NYSEArca: FAA) is up more than 4% following Boeing’s earnings reports, as well as Delta’s news that earnings were boosted by a 19% increase in passenger traffic. Delta is 14% of FAA. [Airline ETF Taking Flight.] 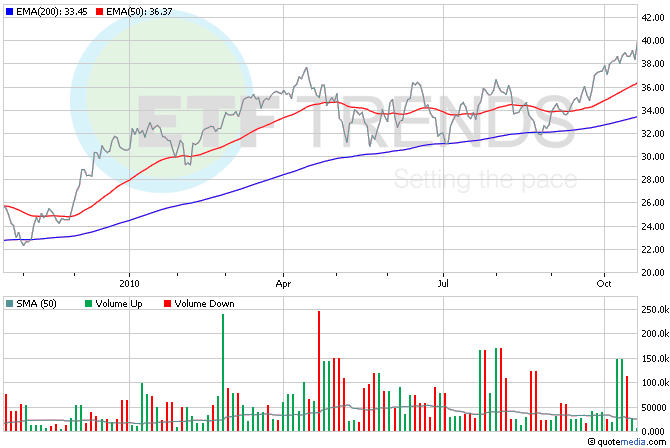 European markets are mostly higher as the market reacted positively to earning reports led by German chemical conglomerate BASF (DE:BAS) which is up almost 2% after the company raised its future earnings outlook. FSTE 100 index companies are mostly up after the government released details of its spending review indicating it would maintain the spending timetable laid out in its June emergency plan.  iShares S&P Europe 350 Index ETF (NYSEArca: IEV) is up nearly 2% this morning. [Europe ETFs Focus on Economic Reforms.] 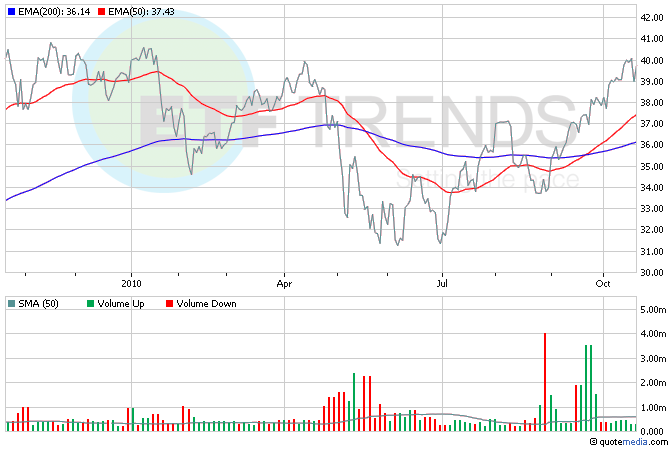