Manufacturing growth in China and rising consumer spending and incomes in the United States have stocks and exchange traded funds (ETFs) moving upward on the first day of the fourth quarter.

The other economic reports aside, what’s really moving this morning are India ETFs, according to the ETF Dashboard. The surge comes following reports that both imports and exports in the economy soared in August. Leading the way is WisdomTree India Earnings (NYSEArca: EPI), which is up more than 3% so far. [ETFs for India’s Economy.]

Good news for the American consumer? Spending rose by a small amount in August, while incomes rocketed higher by the largest amount in eight months. The sobering news behind that report is the jump is largely because unemployment benefits were resumed for many people. SPDR Consumer Staples (NYSEArca: XLP) is flat early this morning. [5 ETFs to Play the World’s Best Brands.] 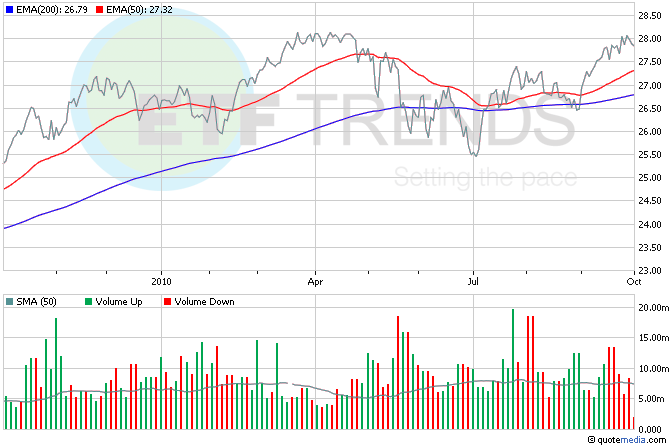 Manufacturing continued to grow last month, albeit at a slower pace than a month earlier. Construction spending got a lift from federal projects started in order to jump-start the economy and give Americans much-needed jobs. PowerShares Dynamic Building & Construction (NYSEArca: PKB) is up 0.3% so far today; in the last month, it’s gained 7.7%. [6 ETFs to Play Obama’s Jobs Plan.] 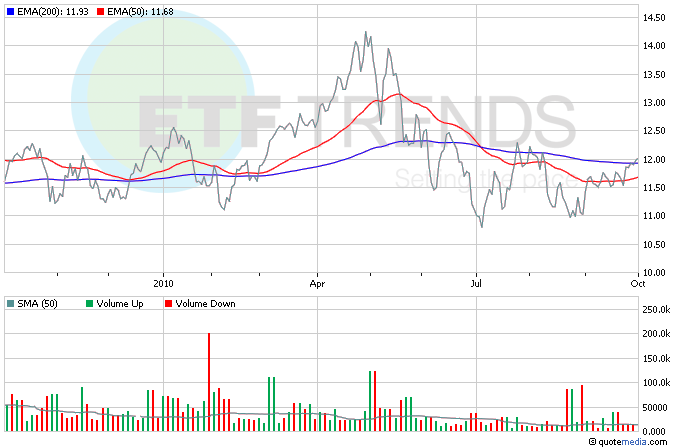