Despite a report showing that economic growth continued in the third quarter, exchange traded funds (ETFs) are mixed as investors remained just about as nervous as ever.

Stock ETFs are being supported in early trading by the government report indicating that the U.S. economy grew more rapidly this summer. The report showed the economy expanded at 2% annual rate in the third quarter, which was an improvement over the relatively weak 1.7% growth rate during the previous three months. The economy may be improving, but probably not fast enough to significantly reduce the high unemployment rate in the near term. The data on U.S. expansion precedes next week’s mid-term elections and the Federal Reserve’s monetary policy meeting. Investors are moving overseas this morning; the top-moving ETF on the ETF Dashboard is iShares MSCI New Zealand (NYSEArca: ENZL), which is up nearly 2%.

On the earnings front, pharmaceutical giant Merck & Co. (NYSE: MRK) is down almost 2% in early trading after reporting a 90% decrease in third-quarter profits, mostly on special charge-offs. Without the charges, the company did beat consensus estimates. Health Care Select Sector SPDR (NYSEArca: XLV) is down 0.4% so far today; Merck is 9.3%. [Biotech ETFs: The Better Way to Play.] 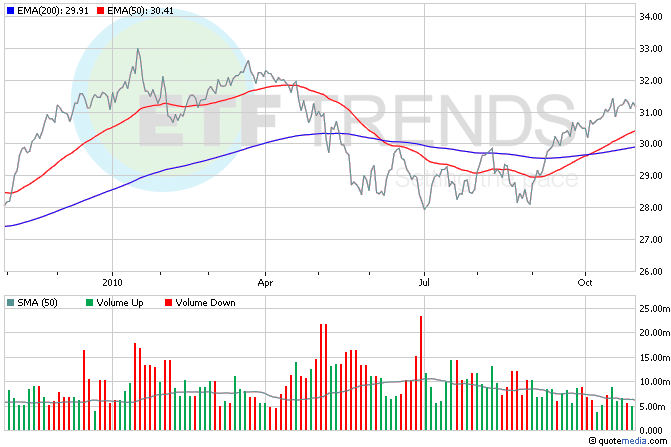 Consumer sentiment fell to the lowest level in 11 months, falling more than economists expected. High unemployment and a general feeling of dissatisfaction with the direction of the economy has many feeling that the Democrats will lose on Tuesday. Despite the gloomy outlook, consumer ETFs such as Vanguard Consumer Discretionary (NYSEArca: VCR) are mostly flat in early trading. [Consumer Spending Powers Discretionary ETFs.] 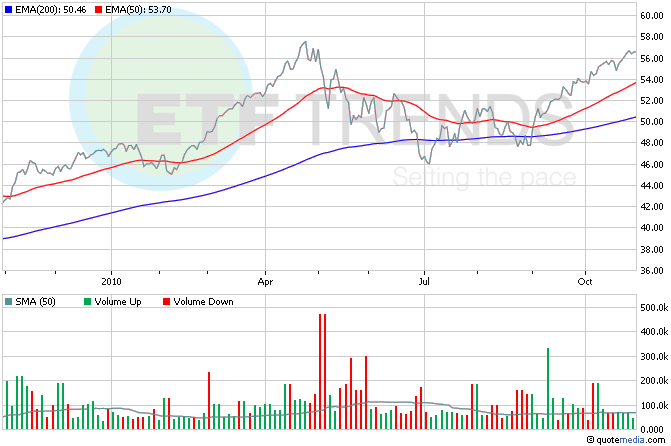 Bond prices are headed up following the GDP report. The yield on the benchmark 10-year Treasury note, which moves opposite its price, fell to 2.64 percent from 2.66 percent late Thursday. Weakness in the economy appears to benefiting the bond market because they benefit from investors seeking safety during periods of uncertainty. Direxion Daily 30-Year Treasury Bull 3x shares (NYSEArca: TMF) is up nearly 2% in early activity. [What QEII Could Mean for Bond ETFs.] 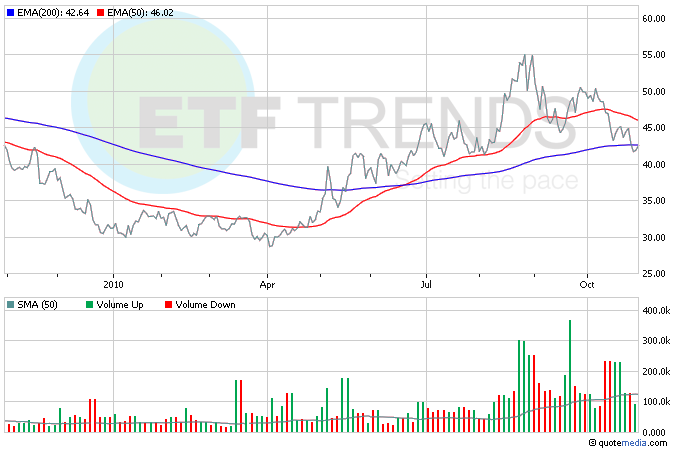