ETFs Move As Recession Declared Over

The recession that gripped the U.S. economy from December 2007 until June 2009 has been officially declared over. With that, exchange traded funds (ETFs) surged.

According to the ETF Dashboard, investors are looking abroad this morning despite reports that the U.S. recession is kaput. Leading the way is iShares MSCI Israel (NYSEArca: EIS), which is up 3% so far this morning.

The decision to declare the longest recession since World War II over confirms what economists have already believed for awhile now. However, if GDP growth turns negative again, it would mark a new recession – not a continuation of the last one. The economy still faces severe weaknesses: consumer spending, real estate and unemployment are all constraining growth.

Homebuilders still need confidence, which is stuck at an 18-month low as they worry about a lack of buyers in the market. The last time the homebuilder sentiment index was above 50 was all the way back in April 2006. Oddly, ETFs such as SPDR S&P Homebuilders (NYSEArca: XHB) are up this morning by more than 2%. [ETFs Hit By Home Sales Plunge.] 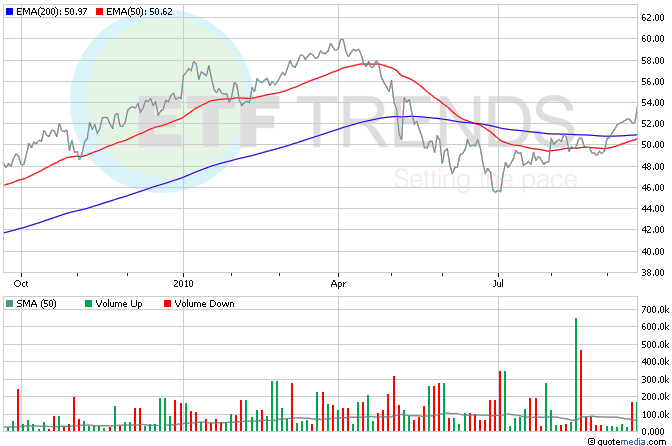 Questions about whether gold’s run is over will have to wait another day for the answer. Gold surged to yet another record intraday as the U.S. dollar sank to nearly a five-week low against the euro. Gold went as high as $1,284.90 an ounce as a result and is up nearly 17% this year. ETFS Physical Swiss Gold Shares (NYSEArca: SGOL) is up 0.6% so far today. [Why Investors Want Gold and Silver ETFs.] 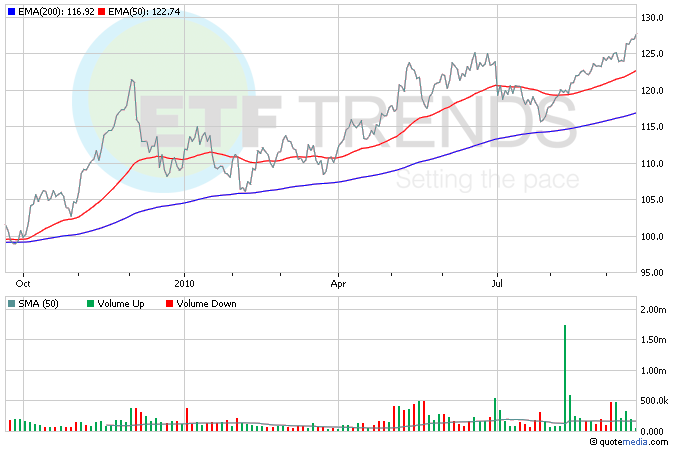