Poor economic conditions in Vietnam has prompted one ratings agency to downgrade the country’s sovereign debt, and economists and other agencies believe the downgrade was justified. Still, the Vietnamese economy and related exchange traded fund (ETF) may experience some decent growth for the year.

Fitch Ratings downgraded Vietnam’s sovereign rating to B+, or four steps from investment-grade, as a result of inconsistent state policies, deteriorating external finances, greater funding needs, the country’s dollarized economy and weak financial system, reports John Ruwitch for Reuters. Fitch also believes that the government’s deficit will remain high and the public debt situation will worsen. Moody’s and Standard & Poor’s both have a negative outlook on Vietnam. [Investors Feel the Global ETF Love.]

Recently, one of Vietnam’s largest state-owned enterprises neared bankruptcy as a result of poor oversight and easy access to capital, writes Aude Genet for AFP. Carl Thayer, a Vietnam specialist at the University of New South Wales, believes that the inefficient state-controlled companies were given huge resources and allowed to spend freely while incurring large debts.

Despite all that, Vietnam’s broader economy appears to be moving forward.

Consumer prices in Vietnam slowed to 8.19% in July year-over-year, which may allow the Central Bank to reduce interest rates further to bolster growth, comments Jason Folkmanis for Bloomberg. The government has a growth target of 6.5% for 2010. The economy expanded 6.4% in the second quarter year-over-year. [BRICs: Move Over for CIVETS ETFs?]

For more information on Vietnam, visit our Vietnam category. 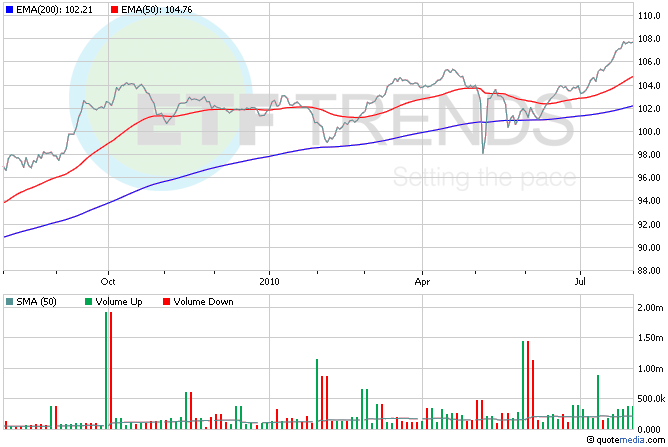