You are at:Home»Featured»The Powerful Force Behind Solar ETFs
Featured

The Powerful Force Behind Solar ETFs

While the United States hems and haws on crafting a firm energy policy, China is already there and it’s giving a boost to solar exchange traded funds (ETFs).

The sun and its energy are on many investor’s minds, and China may be the driving force behind these funds. China’s National Energy Administration has taken bids from solar-power developers to build out 13 projects around the country that will add 280 megawatts of solar power capacity, reports Andrew Peaple for The Wall Street Journal. [Why Solar ETFs Are Shining.]

But companies outside of China aren’t reaping the benefits. Of the 135 bids put in by more than 40 companies for the contracts currently on offer, only one came from a non-Chinese outfit. Domestic companies are trying to beat them on price and lower labor costs, and also of concern is the uncertainty about the tariffs China’s electricity grids will pay for the power generated at these projects. [Why Green ETFs Are Still Waiting.]

Don Dion for The Street reports that according to a recent report released by the International Energy Agency (IEA), China’s energy-dependence has reached global proportions. In response to heightened CO2 gas emissions, China has agreed to plans of emission reduction, especially through the establishment of greener energy alternatives. This could lead to a solar energy rally. China plans to devote $738 billion over the next decade to cleaner energy sources, and has already made substantial progress. 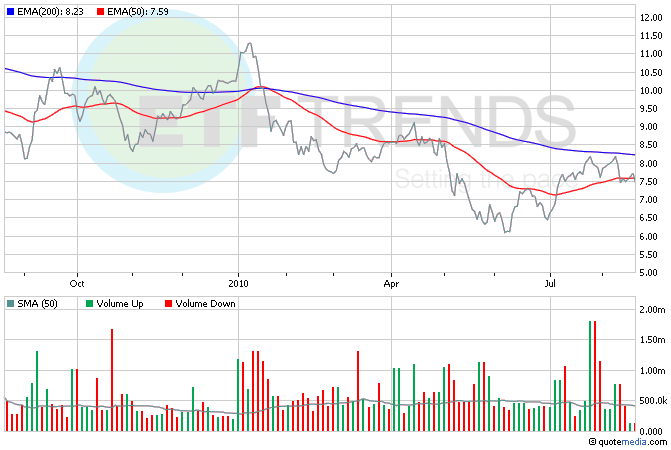