4 Reasons South Korea ETFs May Not Be Down for Long

South Korea’s economy grew in the second quarter. That growth has yet to translate over to South Korea exchange traded funds (ETFs), which are down for the last month.

That may not be the case for long, though. There are some encouraging signs being seen in the South Korean economy:

The two ETFs listed below are the most direct ways to play the South Korean economy. There’s no direct play on the South Korean won (though there is one in registration from WisdomTree), you can get partial exposure via the WisdomTree Dreyfus Emerging Currency (NYSEArca: CEW). The fund holds a basket of eight to 12 currencies, which are selected annually. Each currency is weighted equally and reset quarterly to maintain those weights. You can read more about the fund’s inner workings here. 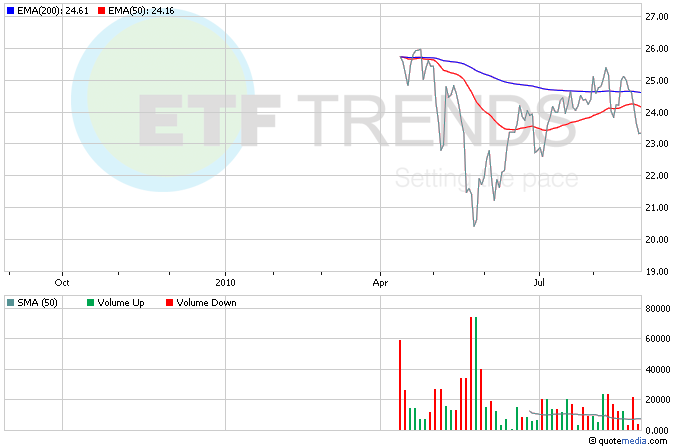