There have long been calls for China to allow its currency, the yuan, to appreciate. Bowing to international pressure, today China finally relented. The move sent stocks and exchange traded funds (ETFs) soaring in early trading.

The problem with the weakened yuan is that many countries felt that it gave China an unfair competitive advantage by making its exports cheaper. The stronger yuan means higher export prices, naturally, but it also gives other exporting countries some chance to compete. The stronger yuan would also bolster internal demand, giving the Chinese greater purchasing power while lowering inflation. China has not allowed its currency to float since 2008. [Currency ETFs: Can They Tell You About an Economy?]

The MSCI World Index is now on its longest rally in nearly a year with today’s gain in global stocks. The index has gained for 10 consecutive days now. The S&P 500 is also on its longest rally in two months, led by big moves in industrial companies such as Caterpillar (NYSE: CAT) and Alcoa (NYSE: AA). China’s move to let its currency appreciate is seen as beneficial to the industrial sector. [5 ETFs to Watch Amid Rising Industrial Output.] 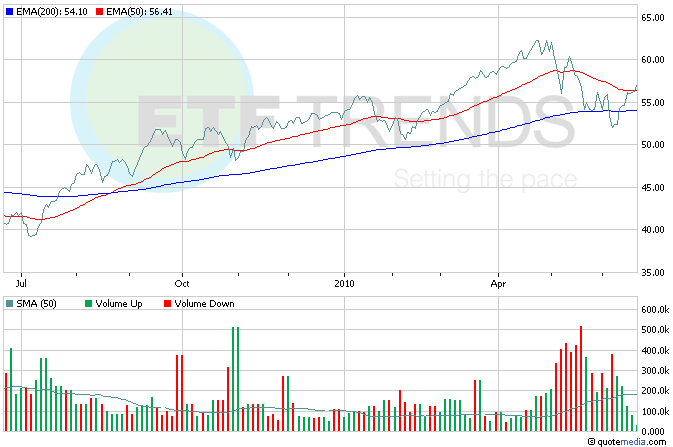 For more stories about industrials, visit our category.