Federal Reserve Chairman Ben Bernanke announced a new rule book will be written for the financial world, in an effort to keep this financial crisis from repeating itself, and to protect markets and exchange traded funds (ETF) in the long run.

“We must have a strategy that regulates the financial system as a whole … not just its individual components,” Bernanke said in a speech to the Council on Foreign Relations. Jeannine Aversa for the Associated Press reports that he also stressed the need for regulators to make sure financial companies have a sufficient capital cushion against potential losses.

Meanwhile, Rep. Barney Frank said he expected the SEC’s uptick rule to be restored in about a month. The rule only allowed stocks to be sold short when the last sale price was higher than the previous price. It had been repealed in 2007.

Citigroup (C) had great news for Wall Street which led to a large stock rally. Citigroup Inc. said it had operated at a profit during the first two months of the year; all the major indexes soared more than 4.5%, and the Dow Jones Industrial Average shot up more than 300 points, reports Sara Lepro for the Associated Press.

This is great news among a stream of bad news, however, analysts do not dare say the markets are at a turning point. 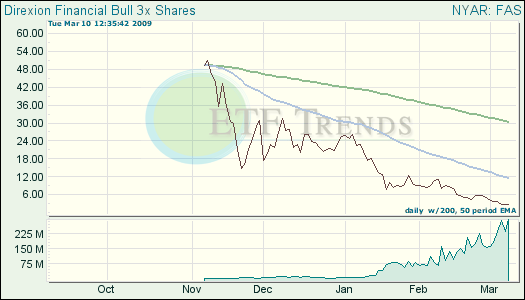