The bank woes of the United States are taking over many aspects of markets and exchange traded funds (ETFs), as the Dow Jones Industrial Average took a dive below 7,000 points today.

American International Group (AIG) has set off a another wave of pessimism about the health of the U.S. financial system, pushing the blue chips below 7,000 for the first time since Oct. 28, 1997. Tim Paradis for the Associated Press reports that investors are fleeing financials after the government said it would give AIG another $30 billion in loans, in addition to the $150 billion it has already given the company.

European banks are also a concern and even though things look pretty bad right now, they can still get worse. AIG reported that they lost $61.7 billion in the fourth quarter, the biggest quarterly loss in U.S. corporate history, amid continued financial market turmoil.

This news came as the U.S. government announced a restructuring of a bailout plan for the troubled insurer, extending $30 billion in additional aid to the company, reports Ieva M. Augustus for the Associated Press. 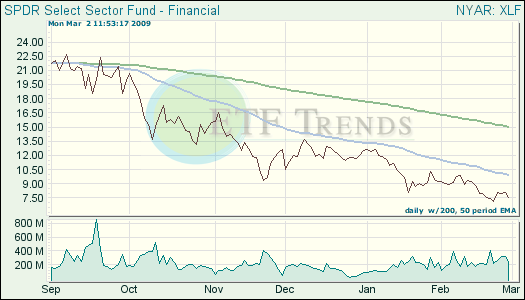 Consumer spending spiked in January, going higher as the purchases in food and non-durable items were up. The Commerce Department said Monday that consumer spending rose 0.6% in January, even better than the 0.4% gain that economists expected, reports Martin Crutsinger for the Associated Press.

Personal incomes rose 0.4% in January, partly reflecting the cost-of-living adjustments provided to millions of Social Security recipients. Personal savings rose 5%, proof that Americans are buckling down for the worst. 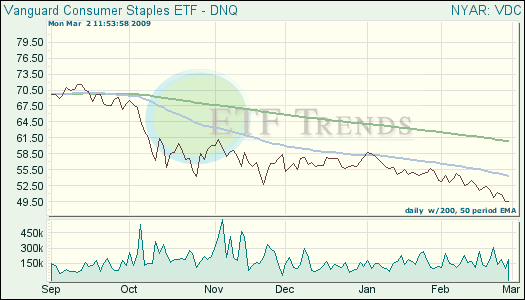 New York oil prices dropped by more than $3 a barrel this afternoon on expectations of prolonged weakness in energy demand. OPEC has decided to cut output to help generate demand amid the global recession, reports Alex Lawler for Forbes. 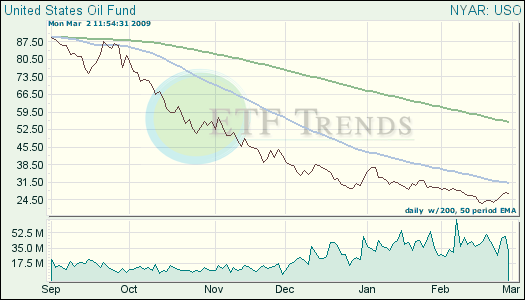