Are the Euro ETFs Headed for a Fall?

Recent activity by traders is seeming to indicate that investors feel the euro will fall against the U.S. dollar, potentially giving currency exchange traded funds (ETFs) some movement.

Data released by the Washington-based Commodity Futures Trading Commission on Friday showed that the “net short position” of trades against the euro by hedge funds and speculators almost doubled in the week to March 3 to 19,431 contracts from 10,081 contracts a week earlier, reports Garry White for Telegraph U.K. Investors tend to take short positions in the expectation that something will fall, indicating sentiment that the euro might be overvalued.

The latest global recession is the biggest test the euro will endure yet, as it launched a decade ago and became an efficient currency for the European Union as a whole. The less productive countries such as Spain, Greece and Italy have failed to match the efficiency of some of Europe’s faster-growing economies, putting added pressure on the euro.

Is a big correction in the euro imminent? Added factors such as slow-to-react policy makers have put the currency at risk, as Europe entered into a recession later than other countries. As always, watch the trend lines and have an exit strategy. Depending on your sentiment, there are several ways to get exposure to the euro: 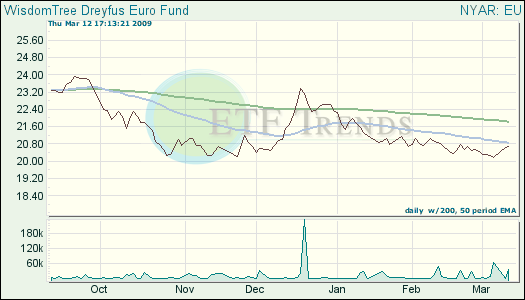 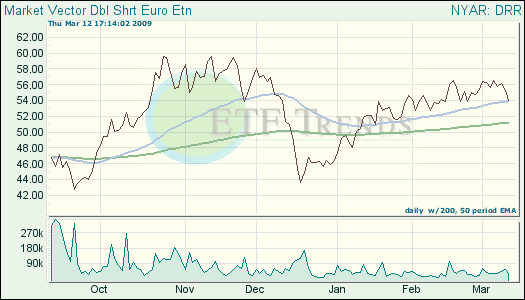