The steel industry has been on the decline for the first time ever in two decades, according to the World Steel Association, giving the related stocks and exchange traded funds(ETFs) a few hurdles.

Low prices mixed with low demand for steel has major global steel companies trimming production and cutting costs wherever possible. For the year ahead, rolled steel is not going to see a reversal of this trend, and employment will further reduce and investment will be scarce, reports Wang for China View.

Here is a glimpse at certain countries and their relationship with the steel industry: 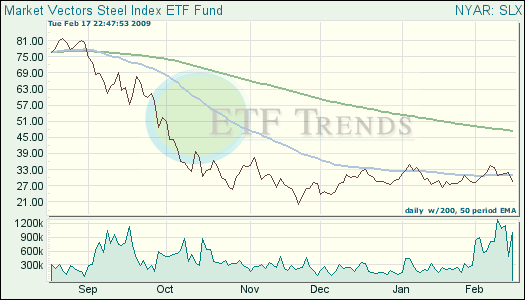 For full disclosure, some of Tom Lydon’s clients own shares of SLX.