Why Steel ETF Has Cautious, but High, Hopes

Steel is known as a economic supporter, an indicator for the economy and what may be in store for markets and exchange traded funds (ETFs).

Steel has taken the place of the auto industry as an indicator to watch for any signs that the recession has begun to lift, reports Louis Uchitelle for The New York Times. This definition used to look to Detroit’s Big Three car manufacturers, but since they have lost their foothold in both good and bad times lately, many are using steel and its production as a means.

Steel production is now in collapse, so does this mean the nation’s economy will follow? The industry is turning to the government to address this as executives await orders from President-elect Barack Obama for a huge public investment plan to begin. Around $2 trillion in two years is needed for freeways, bridges, electric power grids, schools, hospitals, water treatment and rapid transit.

Obama’s infrastructure plan will be the largest recovery plan with every provision to ” buy America.” Economists in the Obama camp said the president-elect’s proposals to Congress will include significant infrastructure spending that draws on heavy industry.

Up until recently, the heavy metal was bought on credit and service centers replenished stockpiles as steel was sold to producers. Last year, steel was in high demand as construction and auto sales were fueling the economy. Among the two, this accounts for 57% of the steel bought in the United States. Credit has since been a stranger and is unattainable at the moment. 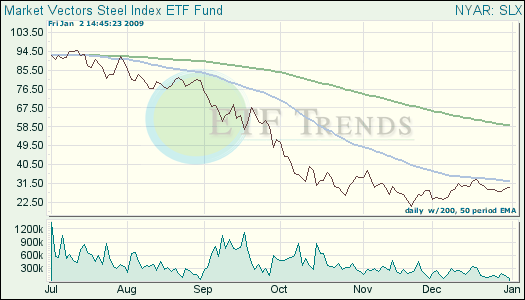