What’s Chipping Away at Technology ETFs?

The corporation said Wednesday that it would miss its revenue projection by about $500 million, a sign that PC makers and buyers are being more tightfisted than it seemed only two months ago, reports the Associated Press. The Santa Clara, CA-based company reports revenue is down 23% form one year ago.

This is the second revision that the company has made for their fourth-quarter earnings, indicating how deeply and sharply the economic slowdown has dug into the semiconductor industry. 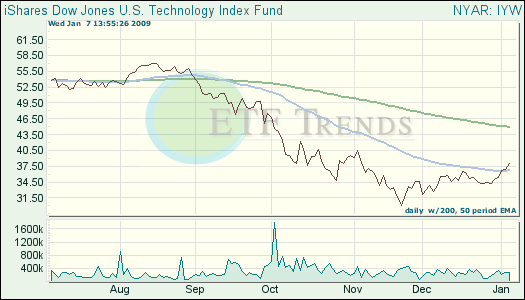 Other negative indicators within the technology industry include: