Microsoft (MSFT) is attempting their first round of layoffs, cutting 5% of their workforce, in an effort to rebound their shares and related exchange traded funds(ETF) in the coming year. This is a first for this computer and software powerhouse, proving the economy is affecting all companies – big and small.

Shares plunged 8% for morning trading, and the job cuts came after second quarter reports were lower than expected. A total of 5,000 jobs will be cut over the next year and a half, reports Jessica Mintz for the Associated Press. Other chip-making giants have also cut jobs in an effort to pullback for the slowdown.

In other downbeat technology news: 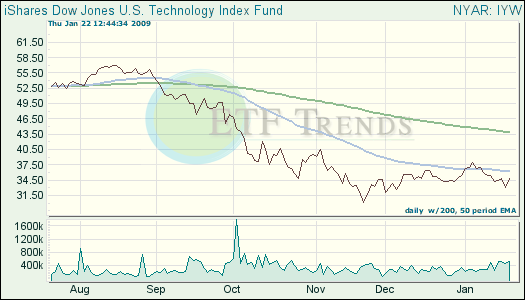 Jack Healy for The New York Times reports that homebuilders have halted most projects, and home buyers are shy and wait on the side, as home values nosedive and the economy continues to present dire conditions. 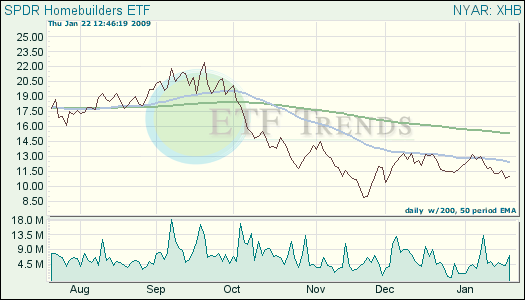 Large stores of gasoline in the United States have sent the crude prices down, proving the economy has come to all but a standstill. Low energy demand, and falling demand from export-driven countries is part of the driver.

Although crude prices are falling, the prices at the pump keep creeping up in response  to the lowered demand. Mark Williams for Associated Press reports that light, sweet crude for March delivery had jumped $1.55 to $45.10 a barrel on the New York Mercantile Exchange as positive news from U.S. companies and optimism spurred by Tuesday’s inauguration of President Barack Obama boosted prices. The rally was simply that, and the price of oil fell 6%, or $2.65, to $40.90 a barrel. 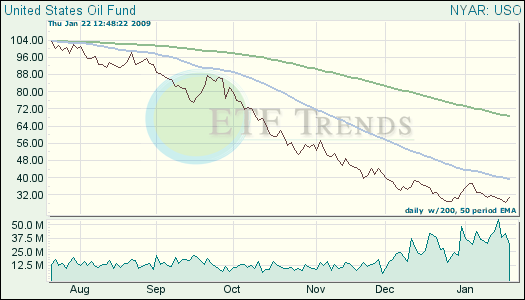