4 Factors That Have Steel ETF at a Crossroads

The steel industry and exchange traded funds (ETFs) were flying high during the building boom in emerging markets. Since the global downturn took hold, though, it’s had many wondering about the outlook for the heavy metal.

Around the globe, raw steel output has dropped 1.2% for the year 2008, signaling a deep and strong downturn that is taking the strength out of one of the toughest industries.

Market Vectors Steel (SLX): up 8.4% over past three months 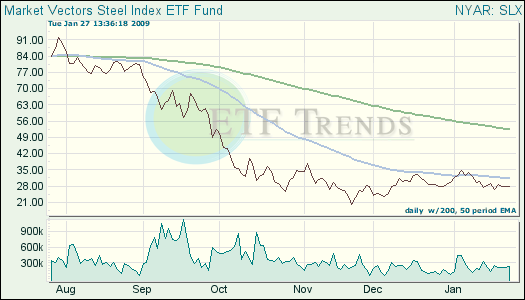