Today, the global financial exchange traded fund (ETF) could feel the impact of a report that will tally up the world’s banking losses. After a year like this one, is this another bad news report that no one is going to want to look at?

The Institute of International Finance will release its global economic outlook for 2009, and the estimate is that banks around the world will have collectively lost nearly $1 trillion dollars, says Nancy Marshal Genzer for Marketplace.

On the plus side, those losses were nearly balanced out by $920 billion in new investment. However, about one-third of that came from governments. Some banks would have failed without it, though, and it stemmed what could have become an all-out financial panic.

The fallout from the Madoff Scandal can’t have helped matters, as a number of global banks have come forward to announce that they, too, lost money through his alleged Ponzi scheme.

Broken down, European banks have reported losses of $300 billion. America leads the way, with losses of $678 billion, report James Quinn and Jamie Dunkley for the Telegraph. 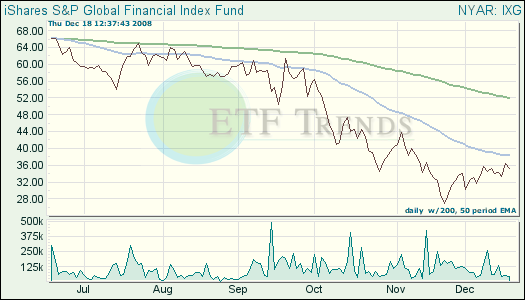