You are at:Home»Featured»5 Things That Led to Real Estate Bubble and Pained ETFs

5 Things That Led to Real Estate Bubble and Pained ETFs

Did the Taxpayer Relief Act of 1997 play a significant role in the bursting of the U.S. housing bubble and the struggles of the exchange traded funds (ETFs) that track the sector?

A provision in the act gave investments in real estate a more tax preferential treatment than any other investment option. More specifically, it exempted the first $500,000 (for married taxpayers) and $250,000 (for single taxpayers) of gain from any home sales from capital gains taxes. Of course there are some stipulations, such as that a homeowner has to live in the residency for at least two out of five years before selling.

As a result, it made buying real estate a more common investment tool, making it something in addition to just a means of putting a roof over one’s head, states Vikas Bajaj and David Leonhardt for The New York Times.

The net effect of this act was that it made real estate a tax-free investment and inflated the real estate market. At the end of the day, its role was still not as influential as other factors:

Some ETFs that may have been influenced are: 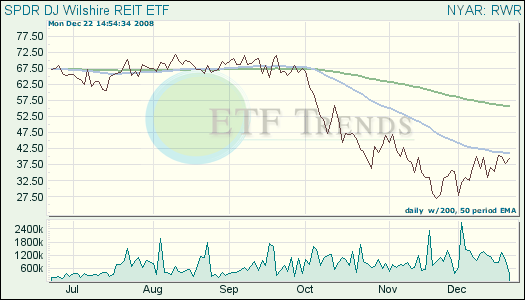