After India’s government gained a confidence vote in Parliament, the rupee rose by the most in more than a decade, sending stocks, bonds and exchange traded funds (ETFs) on a path to monetary enlightenment.

On the vote, the currency strengthened 1.6% against the U.S. dollar, report Pooja Thakur and Anoop Agrawal for Bloomberg. The rupee has advanced 8.2% against the dollar since the Congress Party proposed Manmohan Singh as its candidate for prime minister on May 18, 2004. After he took office, it gained in 10 of the 17 quarters.

The rupee’s one-year performance against the U.S. dollar: 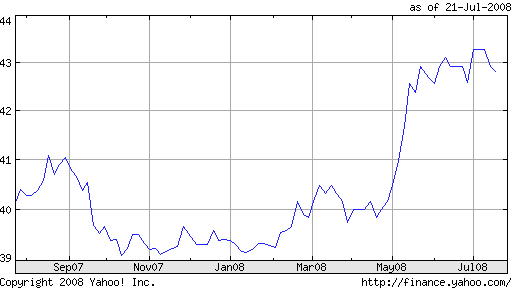 The confidence vote in India’s government this week is having other ripple effects, too. It will push to lift limits on overseas investors’ control of privately run banks, report Paul Gordon and Cherian Thomas for Bloomberg. The cap on foreigners’ voting rights is set at 10%.

The Bombay Stock Exchange is set for its biggest weekly gain since its creation six and a half years ago.

Inflation in the country has also dropped unexpectedly, for the first time in two months, say Kartik Goyal and Cherian Thomas for Bloomberg. High interest rates curbed consumer demand for cars and houses. 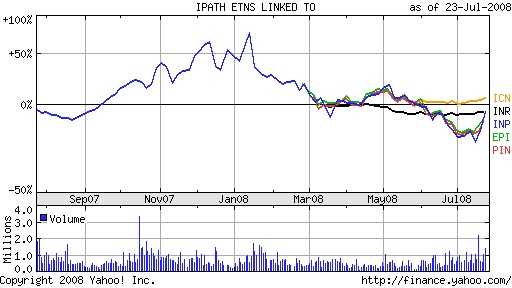