Agriculture ETFs to be Affected by Cloning Food?

Cloned animal products are at the center of many concerns among food regulators from the European Union, which could ultimately have an impact on agriculture exchange traded funds (ETFs).

These regulators are considering the use of cloned food products in European markets. Food cloning could develop into a rather substantial industry if it is supported by European consumers. With the United States backing the use of cloning to produce meat and milk products, it will be interesting to see what kind of stance is taken by the EU.

Many circumstances circling the cloning issue are discussed by BobMoon and Stephen Beard for Marketplace Public Radio. They are quick to point out further clarification is needed to resolve the cloning issue at hand, especially with regard to the safety of cloned animal products. One of the more important issues, they say, is the health and welfare of the clones and their surrogate mothers.

Despite the reluctance of the European consumer, there are some factors that Maureen Groppe of USA Today points out that may justify the production of cloned animal products. In her article, she discusses the soaring food prices in the US, which have risen 7.5% since last year. The rise in food prices are considered to be directly correlated with high oil prices and the weak dollar.

As this problem looms in the United States, food shortages around the globe could justify the use of cloned food products as well. The Food and Agricultural Organization estimates that nearly 40 countries are facing food shortages that require international intervention. 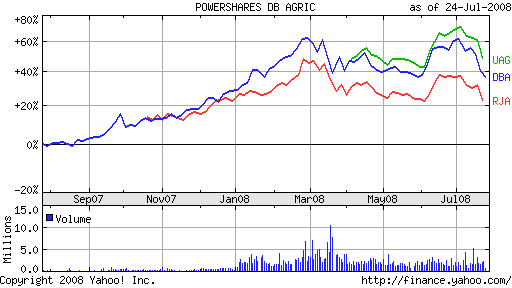