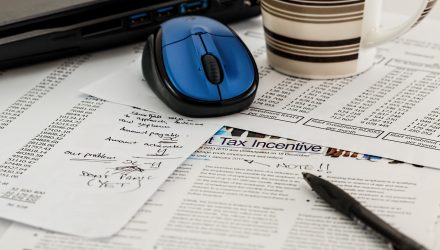 In case you missed it (and judging by the non-stop news coverage, you probably didn’t), the Senate passed its version of the long-promised tax reform bill in the wee hours of this past Saturday morning.

Most of the media coverage surrounding the vote is focused on the political infighting involved, but I want to focus instead on how this bill could affect your investments and, more importantly, how you can profit from it. Instead of arguing about “should it pass?”, let’s assume that this tax reform package (in some form) will eventually become law (as it seems likely at this point that it will). Our energy at this point is better spent figuring out how to position our portfolios properly going forward.

Supporters of the legislation will argue that the trickle-down economic theory upon which the bill is based, the idea that tax breaks and financial incentives for big corporations and wealthy individuals will help spur the economic growth that will eventually benefit everyone in the long-term, is the biggest selling point. It’s unclear if trickle-down economics actually works, but that’s another discussion for another day.

One thing that’s certain though is that there are winners and losers as a result of this legislation. There are a number of ways to play the passage of this bill, several of which are profiled in this week’s watchlist. We don’t know what a final tax reform package will look like yet (remember, the House has its own bill in the pipeline, which contains several key differences from the Senate bill that need to be reconciled), but we have a pretty good idea of who and where will be impacted the most.