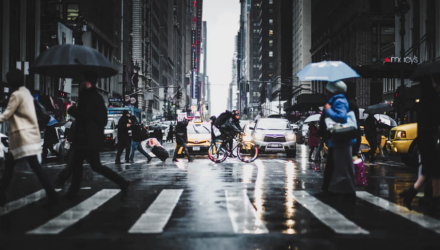 The 20th anniversary of the Dot-Com Bubble could get really interesting, and uncomfortable.

As a reminder, I am a big fan of investing in the stock market to pursue a very wide range of investment objectives.  And as a long-short investor, I make it my business to monitor both the reward potential and risk of major loss for those I interact with.  Along the way, I meet plenty of folks I would call “fans” of the stock market, particularly the S&P 500 Index.

This was never a “thing” until the 1990s, when the combination of a second decade of strong economic growth and the dawn of financial television (CNBC, primarily) helped create an emotional bubble around “Dot-Com” stocks.  But the investing public has had a love-hate-love-hate-love affair with the stock market, and especially the S&P 500 Index, for nearly 20 years.

The 20th anniversary of the start of the Dot-Com Bubble’s slow-motion crash (it took about 3 years from top to bottom) that followed two decades of nearly-constant stock market bliss was in March of 2000.  Now that we are within viewing distance of that 20-year mark, it occurs to me that with the S&P 500 showing signs of tipping over, it could create a very uncomfortable event for many long-term fans of long-term investing in the S&P 500.