You are at:Home»Alternative ETFs»Why Are Commodities Having Such a Spectacular Year? 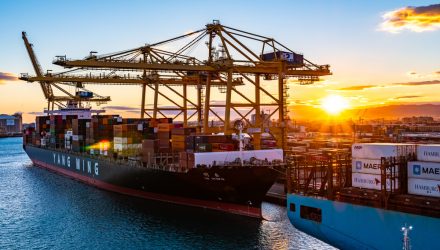 Why Are Commodities Having Such a Spectacular Year?

With the global economy rebounding, the surging demand for raw materials has helped commodities-related ETFs lead the charge this year.

ETF investors have funneled $2.6 billion this month to everything commodities-related, as consumer activity rises, construction picks, up and supply-chain bottlenecks intensify.

“The economy has just come back quicker than anyone anticipated,” Keith Lerner, chief market strategist at Truist Advisory Services, told Bloomberg. “It takes time to bring plants back on and some of these processes on the commodity side, you can’t just flip a switch.”

Commodity ETPs are now on pace to bring in the most amount of new money since at least August 2020, according to Bloomberg data.

The commodities segment has been gaining momentum on expectations of a recovering economy and rising inflationary pressures.

“Everyone is talking about inflation,” Phil Toews, chief executive officer of asset manager Toews Corp, told Bloomberg. “One clear hedge for inflation is having some commodity exposure.”

Tom Essaye, a former Merrill Lynch trader who founded “The Sevens Report” newsletter, explained that commodities are the basic input for global growth and contribute and correlate with inflation. Consequently, related ETFs would typically stand out as we witness rising price pressures.

“We do see a basis for higher inflation (though not problematic) over the next five to 10 years, and think it makes sense for investors to position their portfolios for that,” Jason Bloom, head of fixed income and alternatives ETF strategy at Invesco, told Bloomberg. “Adding commodities is really the most potent inflation hedge.”