You are at:Home»Investing»Who Gets Sick When the U.S. Sneezes? 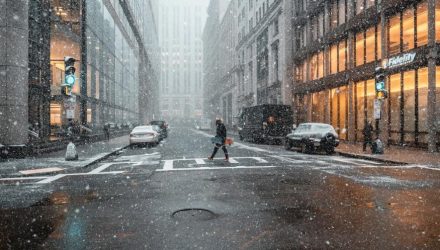 Who Gets Sick When the U.S. Sneezes?

By John Manley via Iris.xyz

With the U.S. economy decidedly late cycle and the bull market looking to some, at least, a bit long in the tooth, international investment opportunities seem increasingly attractive. Valuations, on a relative basis, are closer to “fair” (average) than in the U.S., and earnings expectations are both looking up and not yet near prior peaks. Furthermore, a falling dollar should amplify international returns for USD-denominated portfolios.

That said, some investors remain hesitant to embrace overseas equities, with some citing concerns that an end to the U.S. cycle could spell an end to cycles elsewhere, too. But is this a valid concern? Or, to borrow an old expression: when the U.S. sneezes, does the rest of the world catch a cold?

As the world’s largest economy by a factor of nearly two, it would seem at first blush that trouble in the U.S. spells trouble for everyone. But perhaps surprisingly, history tells us a slightly different story. Looking at the OECD’s leading indicators survey, it appears that when the U.S. economy reaches a turning point – that is, a peak in economic growth with a subsequent slowdown – the rest of the world only meaningfully decelerates if the deceleration is extremely severe. During the global financial crisis, for example, 82% of tracked non-U.S. countries (OECD members plus six large non-member economies) similarly peaked within 12 months of the U.S.