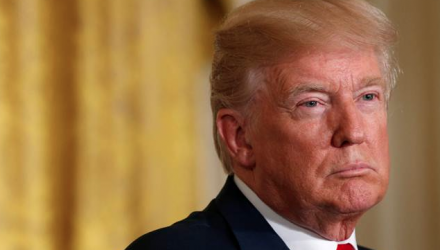 Was Trump Elected to Stand up to Even Bigger Bullies?

Here’s a news flash for you: Donald Trump is controversial and caustic. He says exactly what’s on his mind, no matter how incendiary, and he’s not afraid to make enemies, even with members of his party. “Bully” is a phrase many people use to describe the 45th U.S. president.

The thing is, no one who voted for Trump—I think it’s safe to say—didn’t already know this about him. His being a bully is baked right into his DNA, and he expertly honed this persona during his stint as the tough-as-nails host of NBC’s The Apprentice.

Remember when Trump received flak a few weeks back for retweeting a gif of himself body-slamming “CNN”? The clip actually came from WrestleMania 23 in 2007, when the future president defeated World Wrestling Entertainment (WWE) CEO Vince McMahon—and consequently got to shave his head—in a fight billed as the “Battle of the Billionaires.” Trump’s bombastic style and rough edges were so aligned with the smack-talking world of professional wrestling that he was inducted into the WWE Hall of Fame in 2013.

That’s who Trump is. He’s a tough guy. But I’m convinced that’s why he was elected—to stand up to even bigger bullies.