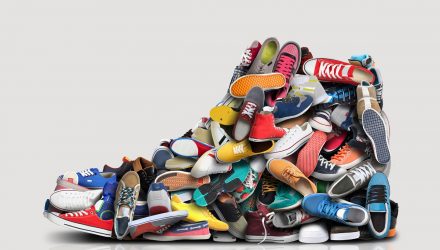 In 2017, Vans, the 52-year-old brand best known for its casual slip-on sneaker, had annual revenues that topped $3 billion, up nearly tenfold from a decade earlier. In addition to unique designs and popular trends, the company’s massive growth was propelled at least partly by cheap and plentiful manufacturing in Asia.

Well, in the wake of the U.S. trade war with China, Vans isn’t the only company protesting the tariffs that the Trump administration has placed on Beijing. More than 170 shoe retailers, including Nike, Under Armour, Adidas, Foot Locker, Ugg and Off Broadway Shoe Warehouse, have written a letter to the White House asking President Donald Trump to consider a interruption in elevating tariffs on footwear imported from China.

“We would be asleep if we weren’t concerned about it,” Scott A. Roe, chief financial officer of VF Corporation, the parent company of Vans, as well as a dozen other brands including Timberland, Reef and the North Face, said in an earnings call Friday. “We are watching this very carefully.”

The letter comes after last week, when the White House released a fresh list of Chinese goods that could get hit with 25% tariffs, if Trump decides to move forward with his threat. The list even highlights specific footwear, citing everything from sneakers to sandals, golf shoes, rain boots and ski shoes.

“Footwear tariffs tend to be among the most regressive,” said Nate Herman, senior vice president of supply chain at the American Apparel & Footwear Association. “The lowest-priced shoes — children’s fabric tennis shoes you’d find at Walmart — have the highest tariffs, while higher-end men’s leather dress shoes are taxed a lot less,” about 8.5 percent.

In the letter sent to Trump on Monday, dozens of retailers requested that the president “immediately remove footwear” from being pondered for additional taxation.

“While U.S. tariffs on all consumer goods average just 1.9 percent, they average 11.3 percent for footwear and reach rates as high as 67.5 percent. Adding a 25 percent tax increase on top of these tariffs would mean some working American families could pay a nearly 100 percent duty on their shoes,” the letter said. “This is unfathomable.”

“Footwear is a very capital-intensive industry, with years of planning required to make sourcing decisions, and companies cannot simply move factories to adjust to these changes,” the letter sent to Trump said.

Currently Nike is down nearly 2% on the day, with Under Armour up marginally, and Foot Locker down slightly.