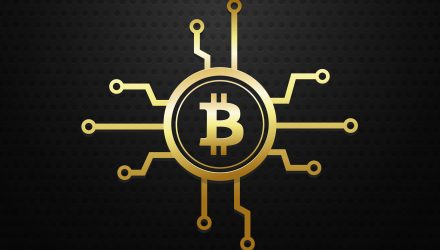 At the beginning of 2018, there were more than a dozen outstanding bitcoin (BTC-USD) ETF filings made with the SEC. Most were planning on using the bitcoin futures market that launched in December as a means of indirectly investing in the cryptocurrency. There are loads of ETFs in business that use futures, so it seemed likely that the SEC would give the thumbs up to an ETF that would use bitcoin futures.

But then the SEC spoke and said it wasn’t ready. Among the reasons it was worried: concerns over how bitcoin futures would be accurately priced as well as a potential lack of liquidity that could materially harm investors should the value of bitcoin drop significantly and result in a serious imbalance of buyers and sellers. There’s no real indication that the SEC has changed its stance on bitcoin ETFs, but VanEck thinks it has the solution that will change the SEC’s mind.

In August 2017, VanEck was the first issuer that filed to launch a bitcoin ETF using futures. SolidX, a fintech company engaged in the bitcoin ecosystem, made its own attempt at a physically-backed bitcoin ETF, but was similarly turned away by the SEC. The two firms are now partnering for the VanEck SolidX Bitcoin Trust ETF (XBTC), a physically-backed bitcoin ETF that is meant to address many of the concerns the SEC had with the original ETF filings.

In rejecting or requesting the withdrawal of every ETF so far, the SEC is saying that it’s clearly uncomfortable with the operational environment surrounding bitcoin and the risk it poses to investors. On top of that, the SEC also seems concerned about saving investors from themselves. As the price of bitcoin approached $20,000 last year, concerns were rising that a mania was forming among buyers and potential buyers who didn’t fully understand what they were getting into (tech investors slapping $500,000 price targets on bitcoin didn’t help). Earlier this year, the SEC was worried about the same thing happening with the blockchain ETFs that were getting set to launch and asked the issuers to remove the word “blockchain” from their names. Instead of the Amplify Blockchain Leaders ETF, we got the Amplify Transformational Data Sharing ETF (BLOK).

In refiling for a bitcoin ETF, VanEck and SolidX believe they’ve developed a proposal that will address each of the regulator’s biggest concerns, but it still has a long, steep hill to climb in order to win approval. Is their proposal going to be enough? Let’s take a look at each of XBTC’s main selling points to understand how they might succeed where others have failed.

Physical bitcoin is preferable to futures

The debut of bitcoin futures was thought to be the thing that would finally bring a bitcoin ETF to market, but that wasn’t the case. From an investor’s perspective, holding actual bitcoin is preferable since it’s much more liquid than bitcoin futures and you avoid the value degradation that comes with futures. You don’t have to worry about the cost of rolling contracts over every month and you’re not exposed to the contango risk that would act as a constant headwind. Many smaller investors anxious to get easy exposure to bitcoin through an ETF probably wouldn’t fully understand the risks and intricacies of a fund that uses futures instead of physical bitcoin. I would guess most would think they’re buying bitcoin itself, which kind of flies in the face of the SEC’s desire to protect investors. Using physical bitcoin at least helps eliminate some of that downside risk.

The downside, of course, from a regulatory approval standpoint is that bitcoin futures are regulated whereas bitcoin itself is not. Using an unregulated asset in an ETF is just one of the SEC’s concerns with approving a bitcoin ETF, and one that could prove a steep hill to climb in getting XBTC approved.

This is a really interesting addition to XBTC’s filing. In rejecting the original bitcoin ETF proposals, the SEC was concerned with how the funds would be properly priced and the potential for price manipulation. VanEck and SolidX propose indexing the fund to a collection of bitcoin trading desks. SolidX CEO Dan Gallancy explains the benefits of this approach in an ETF.com interview.

The index is absolutely crucial here. Last year, the SEC rejected our application, and the main context behind that rejection was the fact that they had concerns about market structure and the potential for price manipulation in the underlying bitcoin market.

What the folks at VanEck have done, through their index division, is put together an index of over-the-counter bitcoin trading desks. This is not electronic trading, this is voice trading, and therefore, inherently, less susceptible to the type of tomfoolery that the SEC was concerned with.

I think this approach will help address the SEC’s pricing concerns and should help alleviate the manipulation worries, but I’m not sure it will be enough to satisfy regulators. “Less susceptible” is an improvement, but it’s not “insusceptible”. Granted, nothing is insusceptible, but this would still be a higher risk proposition than the SEC would be exposed to in other regulated securities. I do think, however, think this approach is a definite step in the right direction.

If the SEC is worried about retail investors being potentially harmed by the risks of a bitcoin ETF, VanEck/SolidX have a simple solution. Price it out of their reach!