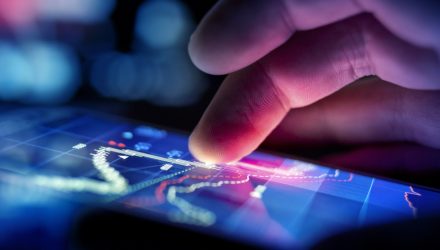 U.S. markets and stock exchange traded funds were treading water after a rise in coronavirus cases in some states and persistently high weekly jobless claims.

Several U.S. states including Texas, Florida, and Oklahoma revealed a spike in new COVID-19 infections, but President Donald Trump reassured that the United States would not close down the economy again, Reuters reports.

“In the U.S., we’re still in the part of wave one where it’s uncertain if it’s contained or not,” Cliff Tan, East Asian head of global markets research at MUFG Bank, told the Wall Street Journal. “If the U.S. really can’t get things under control, that could be a pretty major shock.”

Further weighing on sentiment Thursday, the Labor Department showed weekly jobless claims declining for the eleventh consecutive week but the pace of declines slowed. The ongoing weakness in demand and problems in supply chains triggered another round of layoffs.

“Investors desperately want to be optimistic, but we’re not out of the woods yet,” Katerina Simonetti, senior portfolio manager, UBS Private Wealth Management, told Reuters. “This market seems to be all about the short term – a lot of volatility, lots of fluctuations, and extremely dependent on a number of (COVID-19) cases.”

U.S. markets have staged a rapid rebound with major indices trading just shy of their February record highs after copious amounts of monetary and fiscal stimulus helped prop up risk-on bets. However, some warn of ongoing threats to the risk-on rally, notably a spike in coronavirus infections that could threaten the economic recovery.

“When we look at valuations market is definitely ahead of itself, not only for this year but possibly even for next year,” Simonetti added.