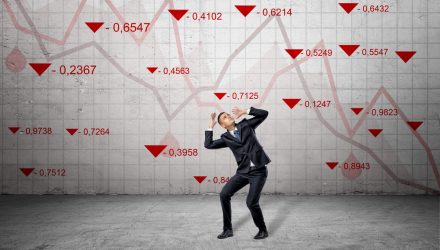 Adding to fears of another round of trade wars, the Trump administration wants to halt semiconductor shipments to China’s Huawei Technologies from global chipmakers, Reuters reports.

China said it would retaliate by putting U.S. companies on an “unreliable entity list,” according to the Global Times. Beijing would begin investigations and impose restrictions on U.S. companies like Apple Inc, Cisco Systems Inc, Qualcomm Inc, along with suspending purchase of Boeing Co airplanes.

The tensions between the two countries have increased after President Donald Trump signaled displeasure over China’s handling of the virus outbreak, adding that he has no interest in speaking to Chinese President Xi Jinping and even suggesting he could cut ties with Beijing.

“The overarching concern that we’ve had, as this epidemic has worked its way around the globe, is that U.S.-China relations are heading in the wrong direction and that can cause a worse economic effect than the pandemic itself,” Art Hogan, chief market strategist at National Securities, told Reuters.

Further dragging on sentiment, industrial production figures for April showed a sharp 11.2% decline, but the results were roughly in line with expectations, the Wall Street Journal reports. The U.S. Census Bureau also revealed retail sales fell a record 16.4% over April month-over-month after nonessential stores were forced to close.

“The reality is setting in,” Anwiti Bahuguna, head of multiasset strategy at Columbia Threadneedle Investments, told the WSJ. “Perhaps things are not as rosy as sort of this ‘V-shaped’ recovery that equity markets were implying.”