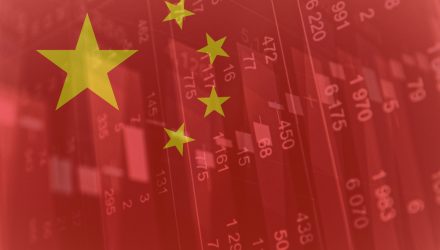 U.S. markets and stock exchange traded funds stumbled Friday on the slowing pace of employment growth and growing tensions between the United States and China.

According to the Labor Department, employers added 1.8 million jobs in July and the unemployment rate fell to 10.2%, the Wall Street Journal reports. However, it was much lower than the 4.8 million jobs added in June.

“Expectations of a negative jobs print had been hanging over investors for the past month, preventing them from fully enjoying the run of strong economic data,” Seema Shah, chief strategist at Principal Global Investors, told Reuters. “In fact, it was better than expected and means a record high level for the S&P 500 index is potentially in grasp.”

Investors are still closely watching Capitol Hill negotiations over a new coronavirus aid package after the enhanced $600 per week unemployment benefits expired, threatening the growth of a consumer-reliant economy. Hopes of fiscal stimulus have been a key driver in the stock market’s rally, and growing concerns that lawmakers won’t reach a consensus are weighing on markets.

Weighing on the markets, President Donald Trump revealed sweeping bans on U.S. transactions with Chinese owners of messaging app WeChat and video-sharing app TikTok. China in response warned that the U.S. would have to “bear the consequences” of its action. The deteriorating relations between the two countries have fueled concerns that the world’s two largest economies could spiral into another trade war.

“China is just about the only bipartisan issue in Washington at the moment,” James Athey, senior investment manager at Aberdeen Standard Investments, told the WSJ. “The framework of a Cold War, decoupling and a bi-polar world is the right one to think about. It won’t be possible to straddle both China’s and the U.S.’s agenda.”