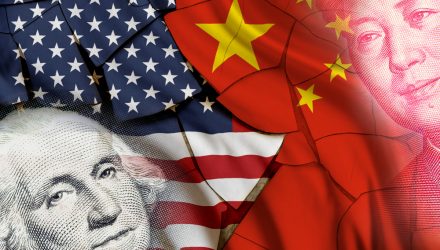 “It is a pullback in front of what is likely to be pretty bipartisan and hawkish remarks from the president,” Bob Shea, chief executive officer of TrimTabs Asset Management, told Reuters. “I’m not surprised and it’s happening at a time when markets are short term over bought, meaning due for some corrective action.”

The U.S. and China have been butting heads in recent days after Beijing’s new national security law aimed at containing widespread anti-government protests in Hong Kong. The United States has also warned that it could remove Hong Kong’s special status as the city may no longer enjoys its greater autonomy from mainland China.

Many observers warned that new measures targeting U.S.-China trade could further weigh on both economies in a time when the world is still struggling with the coronavirus pandemic.

The markets have rallied off their March lows, with the S&P 500 Index surging 37% as it heads towards its second consecutive month of gains. The recent gains were led by previously underperforming areas. There was a noticeable shift in investment demand for financial stocks and away from previous high-flying technology shares. The sudden activity in value stocks indicated that investors were looking toward a broader economic recovery ahead.

“People keep rotating back and forth” between shares of companies that will do well if the economy continues to reopen and stocks that will thrive if people stay at home, Ilya Feygin, managing director at WallachBeth Capital, told the Wall Street Journal. “That’s the major issue that people are grappling with.”