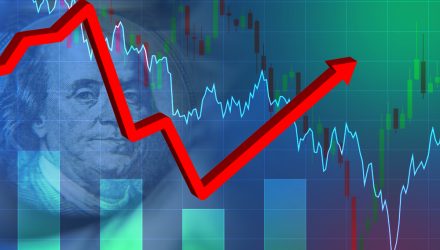 U.S. markets and stock exchange traded funds slipped Thursday as the extended rally over the reopening economy started to weaken.

The stock markets are finally slowing down after enjoying a huge rally on promising signs of an economic recovery and optimism over global economies supported by aggressive stimulus measures, despite social unrest following the death of George Floyd and growing tensions between the U.s. and China.

“From a bearish perspective, there’s still a lot to worry about,” Brad McMillan, chief investment officer at Commonwealth Financial Network, told the Wall Street Journal. “But from a bullish perspective, we do see the pandemic under control and no meaningful signs of a second wave yet.”

At this point, McMillan believed that investors are engaging in the good old tradition of profit-taking after a strong rally.

Alex Wong, a director at hedge fund Ample Capital, revealed he is taking on more cash after cutting back on some richly valued new-economy stocks.

“There’s a disconnect between equities and the economic fundamentals,” Wong told the WSJ. “Many investors are looking beyond short-term realities and banking on hopes of an economic recovery in 2021 as global economies gradually reopen.”

Meanwhile, a report from the Labor Department revealed new state unemployment claims totaled 1.877 million for the week ended May 30, or down from 2.126 million in the prior week, according to Reuters. Economists forecasted 1.8 million initial claims for the latest week.

Markets will now be waiting for the May numbers on Friday, which is expected to reveal unemployment rates close at close to 20%, a potential post-World War Two record.