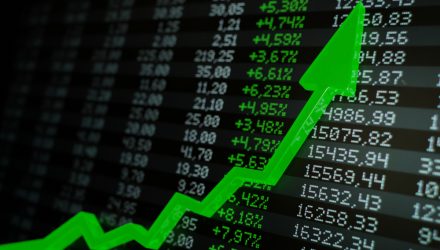 After both fiscal and monetary stimulus measures pumped out trillions of dollars into the economy, the S&P 500 has finally regained its pre-coronavirus pandemic highs, and if the benchmark closes above 3,386.15, it would confirm the index has been in a new bull market since the March lows, Reuters reports.

“The economy, generally speaking, is doing better than what people had expected. There was an over-correction on the downside and once people realized it was overdone, then it returned,”  Brian Bethune, Economist at Tufts University, told Reuters.

Nevertheless, there are still lingering concerns over the health of the economy as Covid-19 hot spots flare up across the country and Congress continues to stall on an economic relief package. Additionally, the lackluster earnings season has kept gains muted, but many have still placed hopes on a turnaround in the year ahead.

“This is certainly a circumstance where capital markets are looking beyond the current earnings and economic chasm that have been created by economic shutdowns in response to COVID-19,” William Northey, senior investment director, U.S. Bank Wealth Management, told Reuters. “Capital markets are looking to 2021 and 2022 levels of recovery with a degree of optimism that there is a health solution (to COVID-19) around the corner.”

“It’s a situation where we have earnings kind of winding down and there’s not a whole lot of catalysts to take us to the next level,” Craig Hodges, portfolio manager for Hodges Funds, told the WSJ.

Furthermore, investors are concerned about the growing tensions between the U.S. and China, especially after the U.S. Commerce Department issued new rules cutting Huawei Technologies’s access to foreign-made chips Monday.

“The one thing that is weighing on people’s minds is the U.S.-China trade tensions,” Seema Shah, chief strategist, Principal Global Investors, told the WSJ. “Investors knew that tensions would rise in the run-up to the elections, but not that there would be concrete actions.”