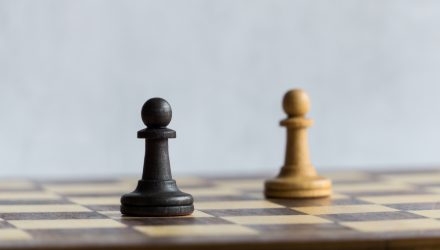 “The market seems to be looking to the Fed for support and the Fed said look somewhere else,” Jeff Kleintop, chief global investment strategist at Charles Schwab, told Reuters, adding that divisions among Republicans and Democrats had dimmed prospects for additional fiscal support from Congress.

Early Wednesday Morning, Powell issued a warning about the economy ahead, describing the outlook as “highly uncertain and subject to significant downside risks,” The Wall Street Journal reports.

“Additional fiscal support could be costly but worth it if it helps avoid long-term economic damage and leaves us with a stronger recovery,” Powell said.

Investors were “disappointed he didn’t bring up anything new the Fed was considering,” Kleintop added.

Economists also believed the U.S. contraction caused by widespread shutdowns to contain the coronavirus will be worse than previously anticipated, projecting gross domestic product to contract 6.6% this year from the fourth quarter of 2019.

“The market took away that maybe there’s more bad news out there than they’d been pricing in,” Kleintop said.

Economic indicators are already pointing to weakness. For instance, a gauge of U.S. business prices showed its largest decrease on record in April as the pandemic diminished economic activity.

“I think there is a little bit of nervousness in this market due to thin leadership and the potential that the stay-at-home orders and thus a low-consumption economy will last longer than anyone had expected,” Yousef Abbasi, global market strategist at INTL FCStone, told the WSJ. “If it lasts longer than anyone had expected, then you could argue that the recovery becomes that much more arduous.”