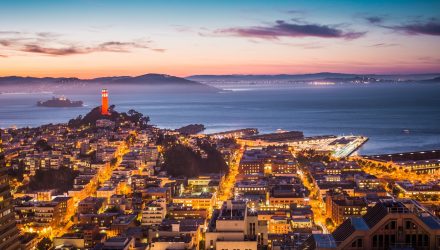 In the fixed-income markets, long-duration bonds outperformed as long-term interest rates moderated during the week. Municipal bonds lagged, due to uncertainty about potential tax law changes that could threaten these bonds’ interest deductibility.

Last week saw plenty of news—including a stream of corporate earnings results for the third quarter, the release of a new tax bill from Congress, and the announcement of a new chairman of the Federal Reserve Board.

Despite all that, financial markets were mostly calm as investors took these new developments in stride. Equities were generally positive, with international markets once again outperforming the U.S. market. We maintain our exposure to foreign stocks and increased the strategy’s exposure to Japan. We continue to prefer large-caps over small-caps, but are equally balanced between growth and value.

As markets continue to drift higher amid low volatility, Risk Assist portfolios remain positioned to capture gains if they continue to be available. We modestly reduced our exposure to international markets.

Even as realized volatility continues to be exceptionally low, it strikes us as unusual that the VIX—a gauge of expected future volatility—remained below 10 last week given three significant events: the announcement of the next Federal Reserve Board chairman, the release of the administration’s tax plan details, and the latest unemployment report.

In the Real Spend portfolios, international holdings, large-cap growth, and large-cap dividend-paying stocks were the best performers for the week. Small-cap stocks and high-yield corporate credit positions were the worst.

Market expectations for inflation fell slightly during the week, following rates lower, and ended the week at around 2.25%.

Yield-chasing investors benefited from a rebound in long-duration bonds as rates fell. REITs were also positive for the week. Master limited partnerships (MLPs) were extremely volatile—they fell more than 2% on Thursday alone—but ended up slightly.