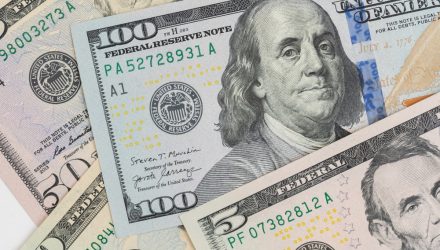 The rally in U.S. dollar exchange traded funds may still have legs with hedge funds and investment banks betting on a stronger greenback.

Market observers noted that several supportive factors could bolster the strengthening USD outlook, pointing out that the U.S. currency can benefit in times of both strong growth and a slowing economy, Bloomberg reports.

Investors argued that anything from a hawkish Federal Reserve with an aggressive interest rate outlook to a global recession sending foreign traders toward safe-haven USD could send the greenback higher.

“Don’t fight it, it’s not the right time to go against dollar strength yet,” George Boubouras, head of research at hedge fund K2 Asset Management in Melbourne, told Bloomberg, projecting the greenback rising against everything from emerging-market currencies to the euro. “You can’t see a bottoming out of developed-market recession risks – it’s too difficult to short the dollar anytime soon.”

Bank of America also anticipates the U.S. currency to appreciate against its global peers until the end of 2022 as the Fed hikes rates to curb the four-decade high inflation. In addition, Citigroup Inc. believed dollar demand and the currency’s pre-eminent reserve status will remain unmatched, while Goldman Sachs Group Inc. projected the greenback to strengthen against emerging peers such as the Brazilian real and South African rand.

“The earliest turning point we can envisage is 4Q 22 when the Fed potentially shifts from autopilot to being more data dependent, and there is some sequential improvement in China growth,” Adarsh Sinha, strategist at BofA, said in a note. “Until then the path of least resistance remains a stronger USD.”