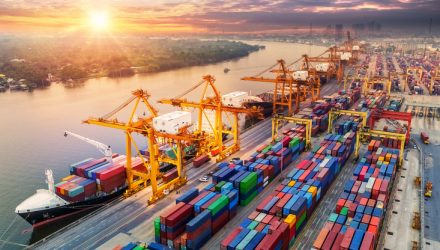 Trade War: We Are at DEFCON 2

By David Nelson via Iris.xyz

Friday week brought the curtain down on the market’s first negative month of the year and its first down since May 2012.

From the President’s first tweet that China was backtracking on commitments already made to the day prior’s late Thursday’s announcement that the administration was putting a 5% tariff on all imports from Mexico, world markets took stair step moves lower. Only India, Australia, Brazil and Greece seemed to escape the storm. If I was describing the events of a conventional war instead of one centered on trade, a military defense readiness condition of DEFCON 2 would be appropriate.

I think the administration’s message is not just directed at Mexico but to Congress hoping to put pressure on politicians to act on immigration as well as the United States Canada Agreement (USMCA). With Congress not even in session that seems difficult at best.

The U.S. imports about $350 Billion from Mexico and exports about $265 Billion. All the usual suspects get hit with autos and auto parts at the top of the list along with air conditioners and TV’s.

What’s changed here, is that tariffs are now being used to achieve a political outcome. Supporters of the administration who want to see movement on border security will say why not but make no mistake there will be voices even among Republicans that will fight the President on this new direction of the trade war. Senate Finance Committee Chair Chuck Grassley has already come out against the administration’s latest announcement saying; “I support nearly every one of President Trump’s immigration policies, but this is not one of them.”