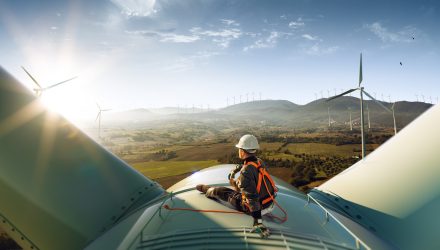 The push towards clean energy is no doubt becoming a worldwide phenomenon. In the country of Portugal, clean energy initiatives could help boost job creation and lower energy bills, according to a REVE article.

“Renewable energy covered more than 50% of Portugal’s electricity needs last year,” the REVE article explained. “Wind energy alone was 23%, placing Portugal in the top European countries for wind energy. And the Portuguese government pledged to one of the most ambitious 2030 targets in the EU: it wants renewable energy to cover 80% of the country’s electricity needs by 2030, of which 31% would come from wind. Portugal also installed the second floating wind farm in Europe in 2019, paving the way for a huge growth of offshore floating wind technology in the coming years.”

“The European Green Deal and Recovery Plan will drive this growth of renewables and wind in Portugal,” the article added further. “More energy made in Portugal means Portuguese consumers will no longer have to pay to import fossil fuels from outside Europe. And because renewable energy is the cheapest form of new electricity generation, it means cheaper bills overall.”

Portugal was already a huge purveyor of renewable energy. As Wikipedia notes, “in May 2016, Portugal became the second country in the world to be able to have all its energy consumption fully covered by renewable energy alone, for four consecutive days.”

ESG investors can look to Portugal as a potential green play.

“More renewable energy also means more jobs and a stronger industrial base for countries like Portugal,” the article added. “An estimate of 22,000 people already work for the wind industry in Portugal and factories in places like Viana do Castelo or Vagos are major contributors to local infrastructure, employment and the economy.”

This opens up an opportunity for the Global X MSCI Portugal ETF (PGAL). The fund seeks to provide investment results that correspond generally to the price and yield performance, before fees and expenses, of the MSCI All Portugal Plus 25/50 Index.