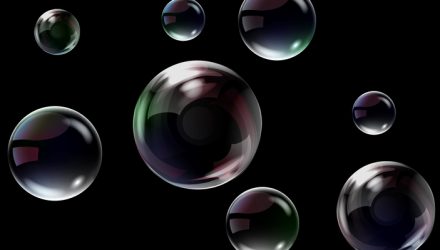 When Will the FinTech Bubble Burst?

Reading about FinTech unicorns and pizzas worth $80 million, you would think that the world was bubbling over with wealth.

FinTech investments last year peaked at over $110 billion, more than double the year before, and IPOs for firms like Uber and WeWorks are seeing valuations in the stratosphere.

Everything is just yummy, yea?

For every Uber, there’s a Karhoo and Lyft is losing more than it’s earning – $1.14 billion lost on $776 million revenues in Q1 2019. Is WeWorks, with a valuation nearing $50 billion, is just a cool reboot of Regus with an app? And companies that stand-out as start-ups are not always successful.

This struck me as I read about a firm I’ve watched since meeting its founder, Ollie Purdue, five years ago: Loot. Failing to find further funding, the company went into administration this week. That’s sad but with 175,000 student accounts, it probably wasn’t cracking the profit and loss model its backer, RBS, was looking for.

This followed on news in the same week that Monzo has just reached over two million users.

A huge thank you to each and every one of you. We can’t wait for what happens next 🚀

Monzo is valued at near $3 billion and Europe’s biggest unicorn is now TransferWise, with a valuation of $3.5 billion. At least TransferWise is making a profit – £6.2 million ($7.9 million) for the fiscal year ending March 2018 with annual revenue almost doubled to £117 million – but these valuations do strike me as similar to the internet bubble.