You are at:Home»Thematic Investing Channel»Space Race is on With This ETF 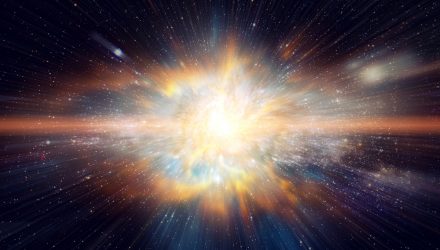 Space Race is on With This ETF

Space is often referred to as the final frontier and that frontier has some credible investment opportunities. Investors do not have to wait to tap the space investment theme because the SPDR Kensho Final Frontiers ETF (NYSEArca: XKFF) debuted last year.

“The race to space isn’t just about competitive egos among billionaires: It’s a $23 billion market for tourism and long-haul travel by 2030, UBS predicted in a research note Monday,” reports Jon Swartz for Barron’s. “The space economy is expected to rocket to $805 billion by 2030 from $244 billion in 2010.”

XKFF, which is up 17.26% this year, holds 31 stocks from nine industry groups. Aerospace and defense stocks represent nearly two-thirds of XKFF’s weight. In the aforementioned note, the UBS analysts highlighted several aerospace and defense names that could benefit from the space tourism boom.

According to Barron’s: “The associated threat or opportunity from this theme would depend heavily on how these companies move and shape their business models accordingly,” the analysts write. “It might be too early to connect risk adjusted earnings forecasts to this theme but ignoring it qualitatively would be in our view short sighted.”

The global space industry is already sizable. It posted revenue of $350 billion in 2016, but some analysts believe that figure could jump to over $1 trillion in 2040. Data also confirm some tourists are increasingly comfortable with the idea of space travel.

“Indeed, a UBS survey concluded respondents would be more comfortable traveling on a spaceship than on a pilotless plane. Some 13% of them would be willing to travel frequently by space—20% in the U.S.,” reports Barron’s.