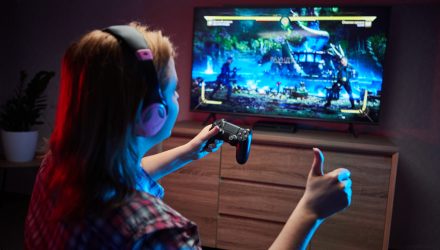 The Global X Video Games & Esports ETF (NASDAQ: HERO) is higher by 45% year-to-date with the bulk of those gains being accrued in the second quarter, solidifying the notion that video game and esports ETFs are benefiting from shelter-in-place orders forced by the coronavirus.

“According to data gathered by BuyShares.co.uk, the market capitalization of the six leading video games companies in the world jumped by $354.5bn between January and June. With a 28% growth in the total value of shares in this period, the Chinese IT giant Tencent has witnessed the most significant rise in market capitalization,” reports Buy Shares.

With gaming benefiting on multiple fronts, including the stay-at-home theme forced by the Coronavirus pandemic as well as a slew of new titles from popular franchises, HERO, and its components are delivering for investors in 2020.

“Founded in 2008 by the merger of US gaming companies Activision and Blizzard Entertainment, Activision Blizzard generated $6.5bn in revenue last year. Statistics indicate the market capitalization of the California based gaming company best known for its famous game series Call of Duty, amounted to $45.33bn at the beginning of 2020. Since then, this figure jumped to $58.75bn, a $13.42bn rise between January and June,” according to Buy Shares.

Activision Blizzard is HERO’s fourth-largest holding at a weight of 5.66%. Other HERO components are contributing, too.