You are at:Home»Thematic Investing Channel»‘IPO’ ETF Taking Off While Most IPOs are Sputtering 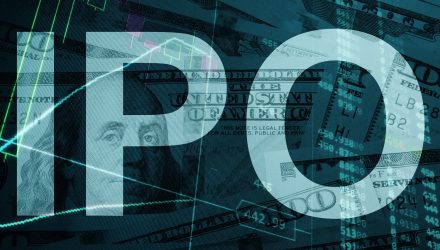 ‘IPO’ ETF Taking Off While Most IPOs are Sputtering

The Renaissance IPO ETF (NYSEArca: IPO) is up 30.37 percent year-to-date, which might mean that initial public offerings (IPOs) are in a good place, but the record for startups hitting Wall Street show that most typically sputter.

One of the companies poised for making that leap to public investor scrutiny is ride-sharing startup Lyft. The company is expected to make its IPO available this week and in the long-term, hopefully buck a trend that doesn’t favor IPOs.

According to S&P Global Market Intelligence, Lyft posted a loss of $911 million in 2018, making it the most any U.S. startup has lost in the 12 months leading up to its IPO. That figure seems miniscule next to its competitor Uber Technologies Inc., which has been losing more than $800 million a quarter and plans to offer its own IPO later this year.

Lyft did post a record $2.16 billion in revenue, but according to Ilya Strebulaev, a Stanford University business professor who studies late-stage startups, that doesn’t necessarily translate to success once going public.

“Many of their business models have not been tested fully,” said Strebulaev. “I would not be surprised if many of these companies would not be as successful as investors expect them to be.”

IPO seeks to replicate the price and yield performance of the Renaissance IPO Index, which is a portfolio of companies that have recently completed an initial public offering (“IPO”) and are listed on a U.S. exchange. As of March 25, IPO’s holdings include Elanco Animal Health, VICI Properties, Spotify Technology, and Okta.

ETF investors can also look at other funds like the Invesco NASDAQ Internet ETF (NasdaqGM: PNQI) and the First Trust US Equity Opportunities ETF (NasdaqGM: FPX) to get a piece of the IPO action.

Even if these individual IPOs don’t become powerhouses, their penchant for attracting capital can’t be overlooked.

Per a report by the Wall Street Journal, “Lyft and Uber will have each raised more venture capital than any U.S. startup that has ever gone public, according to Dow Jones VentureSource. Private investors have largely bet that new services and products can rapidly spread around the globe given the ubiquity of the smartphone, and they generally, given the competitive environment, have been more tolerant of losses piling up as long as there is revenue growth.”