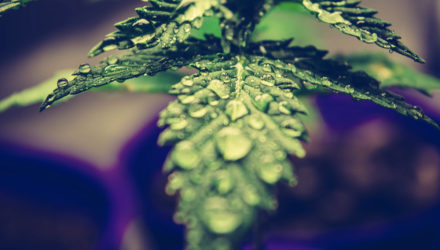 By Stephen L Kanaval via Iris.xyz.

Banking is one of the most formidable challenges of the cannabis industry. As many know, since the plant is illegal on the federal level, financial institutions won’t work with business owners even if their business resides in a legal state. This has turned legal business owners into pseudo-gangsters who are responsible to transport millions of dollars in cash to vaults or state facilities.

Cannabis business owners might want to buy a few more armored trucks as Nielsen just wrote a report estimating U.S. cannabis sales to reach $41 billion by 2025 due to the popularity of CBD products nationwide.

With all this cash going toward cannabis products, a Senate Committee on Banking, Housing and Urban Affairs held a hearing on July 23rd about passing the Secure And Fair Enforcement (SAFE) Banking Act.

The legislation, sponsored by Democratic Senator, Jeff Merkley, from Oregon, would safeguard against cannabis businesses from being charged with money laundering and other financial crimes.

Many voices were heard including Matt Hawkins, from Cresco Capital Partners, who gave an investment perspective on passing the SAFE Banking Act.

“We could potentially see a heavy influx of cannabis-related IPO registrations to the New York Stock Exchange and NASDAQ,” he said. “This bill would also open the floodgates for the billions of dollars in revenue generated from the industry to be integrated into the federal banking system. Taxation and money transfers will become smoother and quicker, and this will ultimately allow for loans to be issued to business owners, as well as workers in the industry who would then be able to more easily acquire loans for education, housing and more.”

However, even with all the witnesses – many attesting to the issues of crime and ramifications of locking legitimate business owners out of the financial system – and strong support for a companion bill in the House, the Senate is unlikely to pass.