You are at:Home»Thematic Investing Channel»Cybersecurity and Privacy: Tips for People with Substantial Wealth 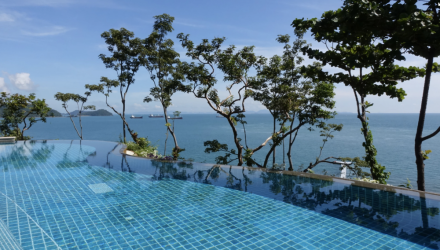 Cybersecurity and Privacy: Tips for People with Substantial Wealth

By Mike Sanders via Iris.xyz

Sadly, for many of the nine out of ten families who fail to solidify their legacies, both their financial capital and human capital is often depleted within just two generations.

Who Are We Really Dealing With Here?

Contrary to conventional wisdom, the two-bit criminal doesn’t target the rich, preferring instead the low-hanging fruit of the more vulnerable, such as the elderly, the mom and pop shop, and just about any unsuspecting person with cash in his or her wallet. Rather, the wealthy are high-value targets for the more sophisticated criminal elements with access to technology and highly skilled specialists.

Utilizing advanced techniques once thought to be the exclusive domain of the FBI, these twenty-first century criminals, typically backed by a U.S.-based or international crime syndicate, conduct extensive surveillance as they search the depths of cyberspace for information. They will even penetrate their mark’s inner circle before launching their assault in the form of a cyber-attack, identity theft or fraud.

What Are the Threats?

You’ve probably heard of “phishing,” a common technique used by cyber criminals to fool a person into responding to an e-mail that has been faked to look like it came from a real financial institution or government agency.

When high net-worth individuals are targeted, it’s appropriately called “whaling.” This technique involves sending personally addressed e-mails to with links that, when opened, will release a virus, such as ransomware or an undetectable spybot that can drill into the backdoor of your network to siphon off sensitive data.

Other common cyber-security scams include:

Vising – A similar technique called “vising” is used to mask the caller ID of a scammer to make it appear as if it is coming from a known financial institution or trusted advisor. Victims are tricked into providing personal information for purposes of “account verification.” Of course, HNW individuals should know that financial institutions rarely call to verify account information.